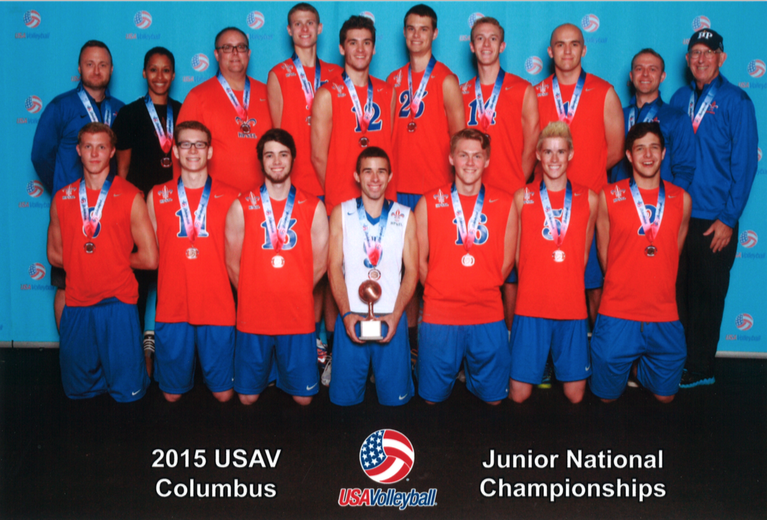 Born: Cardington, OH (google it, yes, this is really where I grew up)
Profession: Coach/COO of HPSTL. My degree says I'm a teacher and Scott wants me to be (so I am reluctantly learning to be) an accountant
Years Coaching: 20

Beginning my 10th year with HPSTL, I will again be coaching the B18 Royal team in 2019-2020.  18 Royal, our last medalist, finished 3rd in 18 Open, bringing home the bronze medal from Columbus at the USA Junior National Championships in 2015.

In addition to assisting our families with the college recruiting process, I've added (or had thrust upon me) chief operating officer responsibilities in 2014 as the club has restructured.  I'm extremely popular with the HPSTL coaches (when I pay them) and parents tend to like me much less (when they have to pay us). If you have a complaint, please remember that my degree is in gym class and I am still on the uphill side of the learning curve for all of the back office responsibilities.  Please direct all complaints to Shawn Hughes, our customer service department.

Playing Background
Coached by none other than Bryan Pieschel in college (QU '00-'01).  Primarily a setter and occasionally a libero due to height limitations. I still miss the days of sideout scoring and less confusing rules/protocol that are in the game today which qualifies me for several grumpy old man points.

Coached the 2006-2007 Junior National Team to a NORCECA Silver Medal and a 7th place finish at World Championships (Defeating Cuba, the NORCECA Gold medalist. Our finish was the highest ever USAV finish at the time). 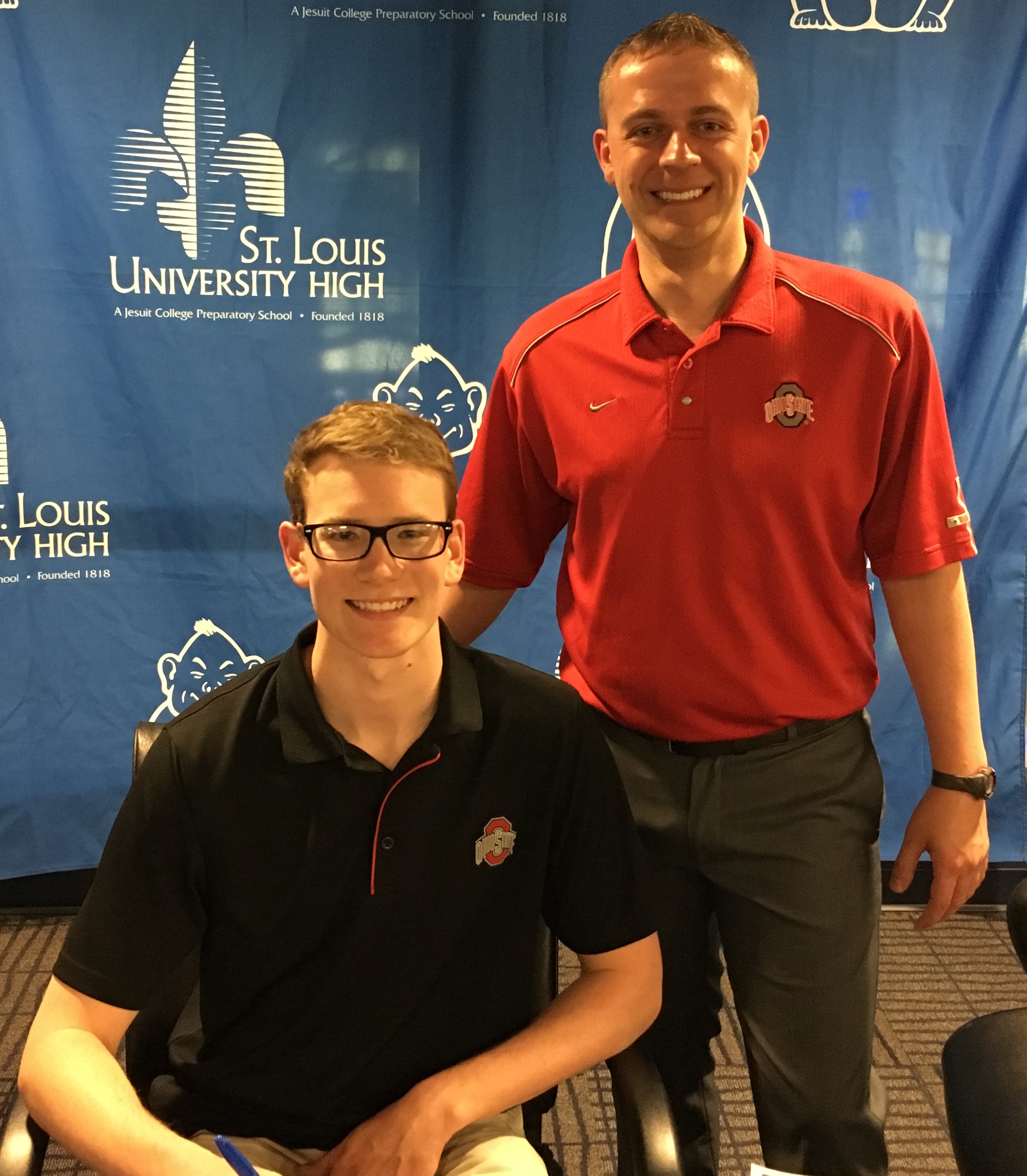 Shawn Hughes at his signing day 2016! 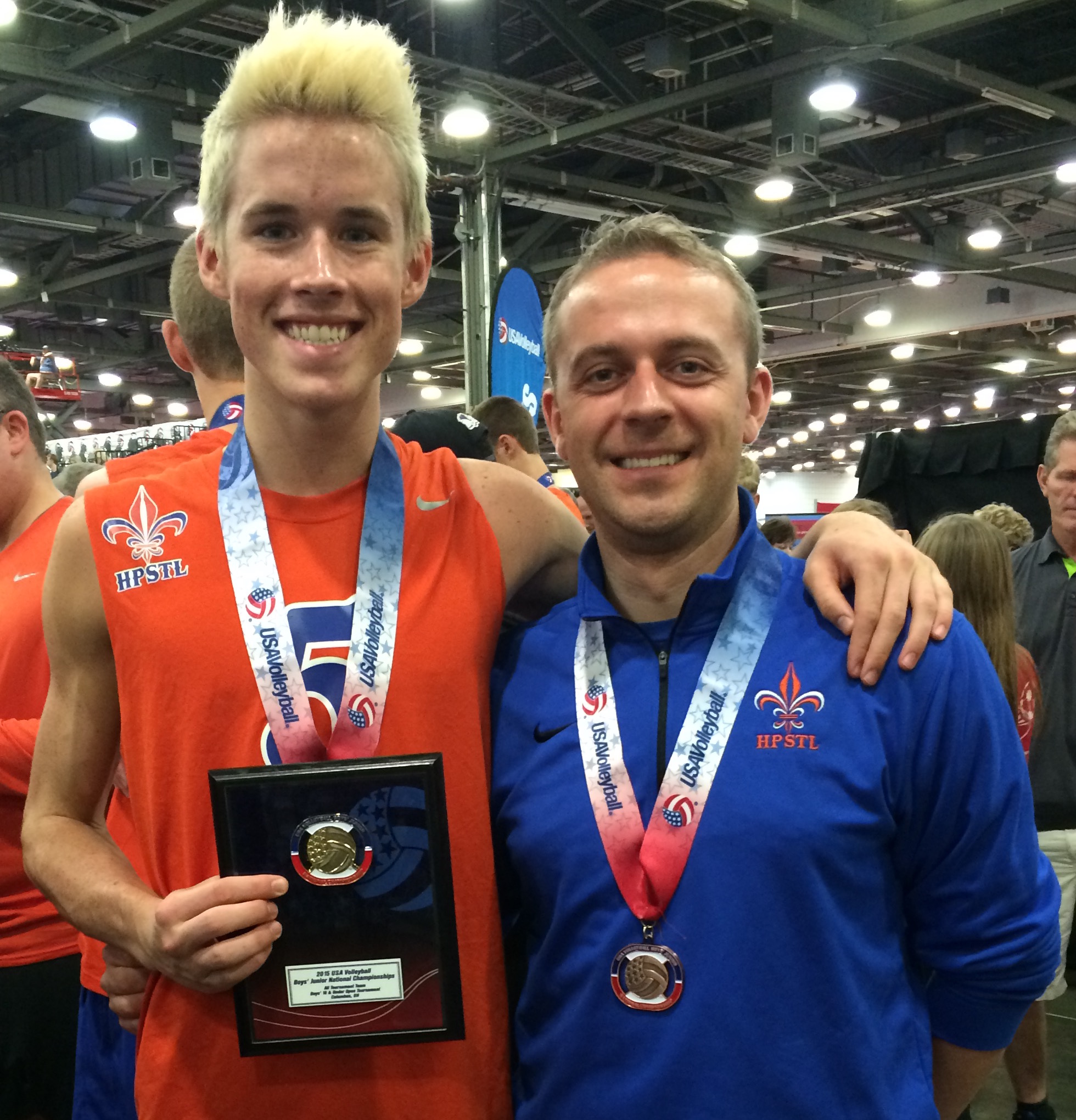 Adam Brewster celebrating our Bronze and his All-Tournament Team award in 2015! 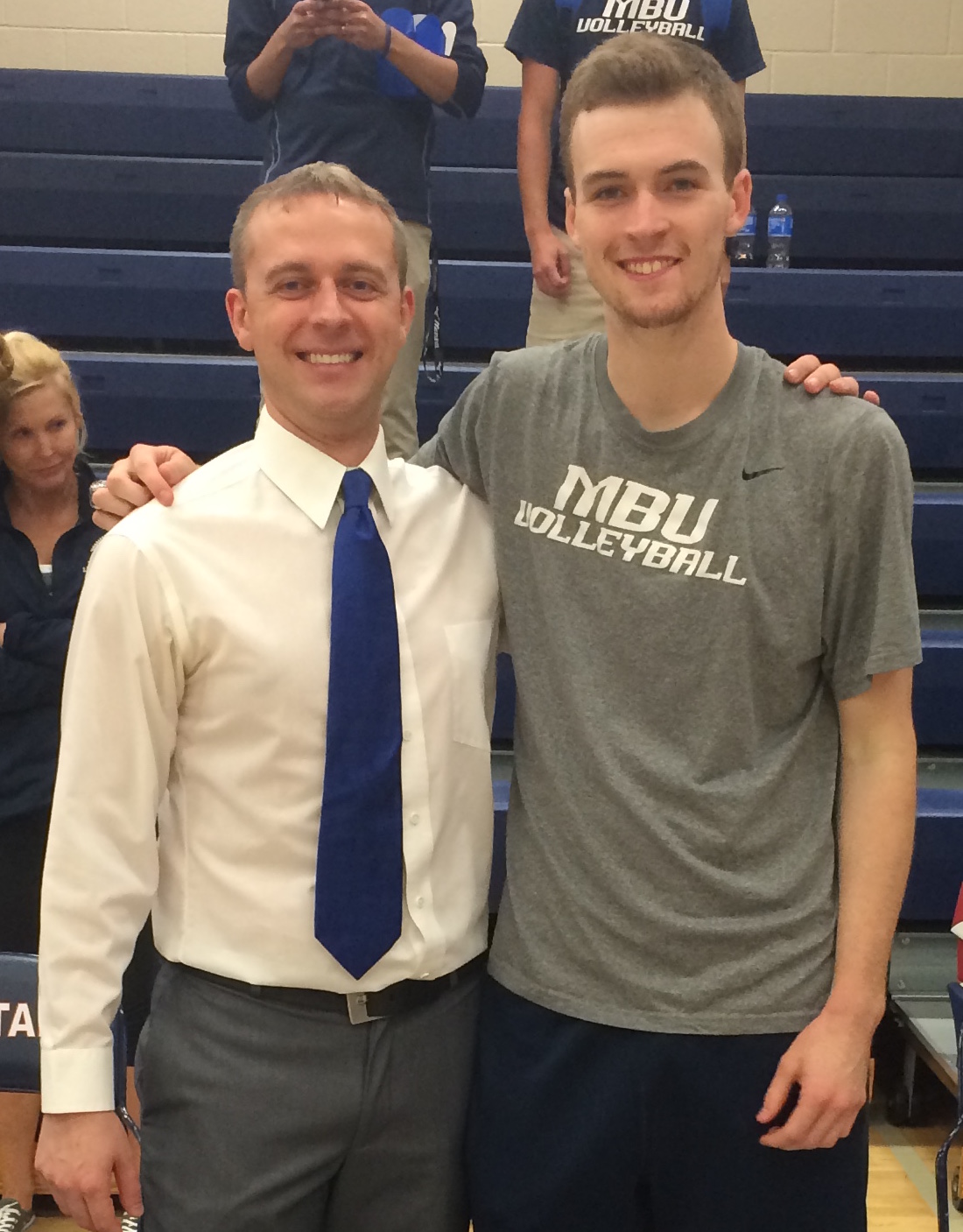 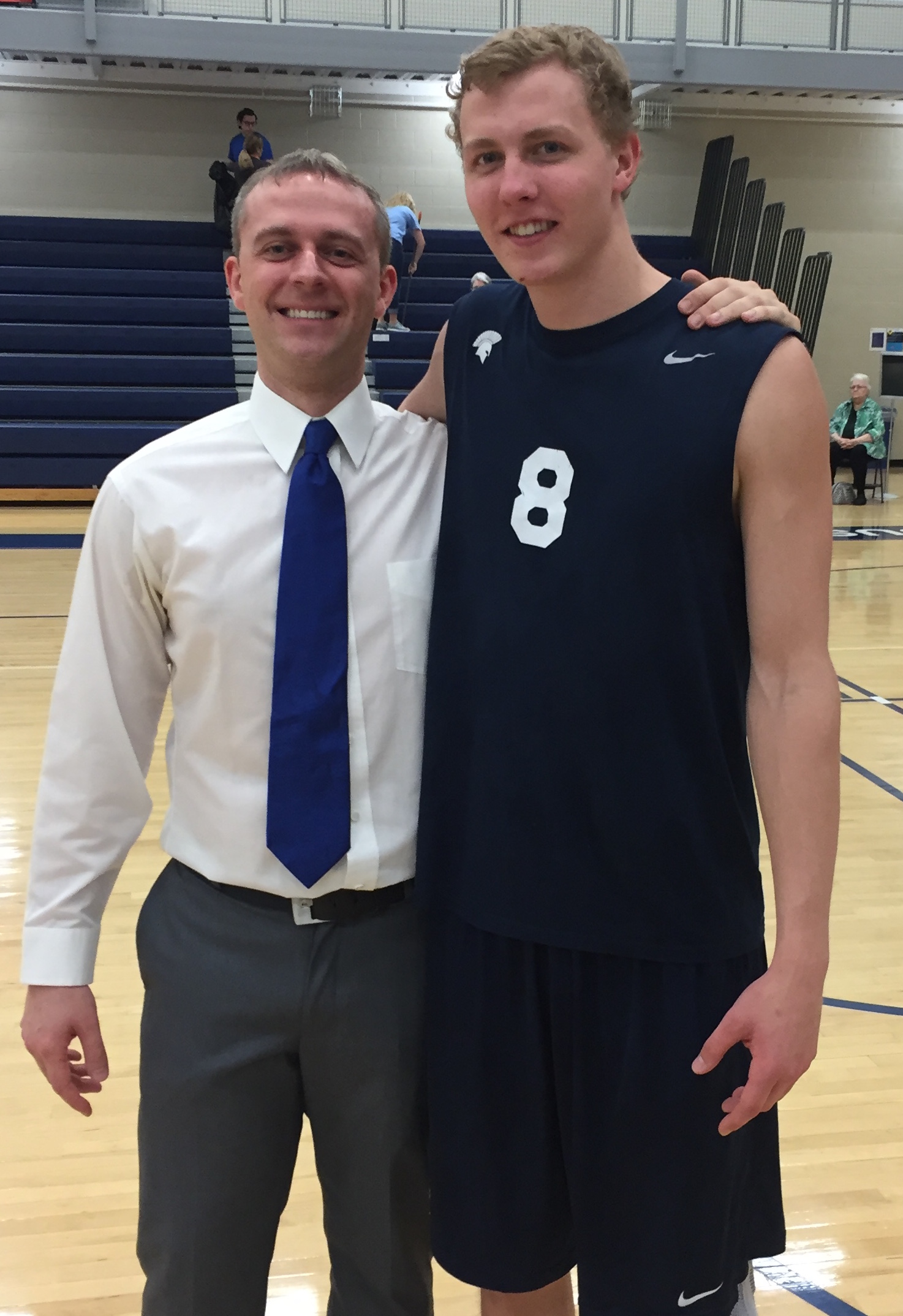 Grant Carder (HPSTL 2015) after our 2016 National Championship at Missouri Baptist!